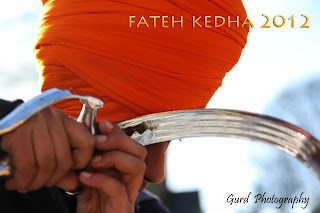 ‎"Personally, I don't believe killing innocent people is ever justified - Bhai Rajoana has accepted that in his own letters, it's one of the other reasons why he hasn't appealed etc. and is ready to accept the execution. Many Human Rights Group attest to the fact that Beant Sinh was the orchestrator of atrocious crimes to humanity.

The problem was that a) He was a government official (who do you go to if you can't go to your government/police for help?)
b) He abducted, tortured, then killed anybody who stood in his way (see the case of Avtar Singh who tried to run against him in elections and pledged to bring these people to justice)
c) He was surrounded at ALL times with heavy security, so the only way to get near him and make SURE that the job was done, was act as a human bomb. Many people had tried and failed before this apparently.

These Singhs did not go with the frame of mind of taking innocent lives simply to 'terrorise' a community or blackmail the law (isn't that what terrorism is?) Nor was this an act of vengeance. It was way beyond that. They had to act, to prevent more evil being carried out unchecked - proven by how after Beantas death, the level of killing and abducting died down significantly (though not entirely).

The issue at hand, is not even Rajoana any more - he has very simply reawoken a sleeping Panth - to the injustices of Indian Gov. and the suffering of the Panth. It's partially our own fault (and even Rajoana has said this) - putting our faith in pathetic leadership, ignoring the families of innocents who were killed, ignoring the plight of hundreds of innocent sikhs illegally detained in Indian Jails. Instead focusing on small issues (which REALLY aren't panthic issues) Why have we let it go? eg Sumedh Saini, a man WELL KNOWN by Human Rights Groups to have commit atrocities - “SSP Saini has been named by victims and family members in numerous cases of
torture, disappearances and extrajudicial killings. Despite evidence that he has ordered or
otherwise participated in these abuses, to HRW’s knowledge, no action has ever been taken
against him”
has just been made DGP in Punjab Police! How can we let stuff like this go?

Most of us feel that this is indeed a Panthic issue - whether we agree with Rajoanas actions or not, whether we want Khalistan or not - as Sikhs, we strive for justice - since the 1978 killings of innocent sikh protesters in Amritsar - we have never received justice but more injustice! Even if we don't wish to focus on Sikhs - fact is minorities in India have been ignored for far too long (Godhra massacres/Gujrat/raping and killing of christians/plight of tribals/oppression of Dalits/list goes on...)

Being a part of the Panth doesn't mean uniformity, it just means unity - we are all different, carry different beliefs, are from different areas etc. but at the end of the day, we are One Panth. It doesn't mean we have to agree on every detail, just that in the fight for justice, we are united.

I appreciate that not being Punjabi makes it a great deal harder to identify with what's happened/is happening - though there are many non-punjabis who have been aware of the fact that SOMETHING happened in the 80's for Blue Star to have occured at Harimandir Sahib and have taken it upon themselves to ask questions and research themselves. Believe me, I and a few others have read SO much about this subject (even non-sikh sources) so I welcome and questions anybody may have. And I appreciate, many members of the Punjabi Sikh community don't tend to be very welcoming/ easy to approach.

If I offended anybody, I apologise..." 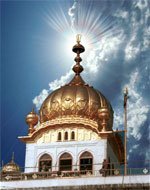